We are on Brooklyn Update 1, Iteration 1.

Classic (out of the box) theme. Themes are Updated (no button to update appears.)

We are seeing checkboxes rendering very large in IE (11) and Chrome (56.0.2924.87). Normal appearance in Firefox (enterprise edition 31.3.0). This is making labels and boxes not line up for us anymore.

Do you have any custom components that have custom css on this page?

No, no custom components or any css on that page. I was able to create an easy repro.

Well, I’m not sure what else to do.  Just to re-cap, the page is set to Theme = Default.  Our default is out of the box Classic.  I changed the theme to Classic, and the problem was still there.

I do have these errors in the console, have no idea if they are related. 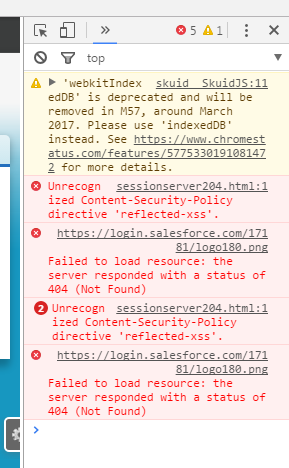 We have all users reporting this issue, on the affected browsers.  Because we have this page with multiple check boxes all aligned, the big boxes make the text no longer sit next to its box.

Those are common bugs and shouldn’t change anything.

Moving this into email.

In case anyone else stumbles upon this and has the same issue:

This CSS fix was found to help with this issue. For an unknown reason, the min-height was being set to 2.031em.

In case anyone else stumbles upon this later and has the issue update #2:

This problem was solved by upgrading to 9.5.2

FYI: just experienced this with 9.5.6 (updated today) in Chrome, Modern theme.  Wasn’t experiencing this in an earlier Brooklyn version. Is it possible I need to update Out of Date Themes?

The CSS fix solved it for me.

Michael, do you see this button? If so, give it a press. Buttons love to be pressed.

I actually asked about this in my Post. But I’m hesitant or cautious to “update” anything. Should I have complete confidence?

I’m not sure what you mean by complete confidence. If the CSS fix solved it for you, and everything is working, why risk it?

However, I can tell you this: That “Update out of Date Themes” button hasn’t caused problems before. It’s not the same as upgrading your org. It’s very ‘low key’ in comparison. I can’t promise you that you won’t have problems, but I can say I would be surprised if you did.

May the force be with you

This problem returned for us also in 9.5.6, Chrome and IE.  FireFox is fine.  Yes, I have clicked “Update Outdated Themes” and the issue did not resolve.  As reported in this problem originally, we use a custom theme that was based off Classic.

Is the work around code still working? (Seen earlier on this thread)

We did not implement the work-around.  We have almost 300 Skuid pages in production, so it’s tough to implement page level workarounds.

I have Millau (11.0) installed in the Sandbox and I am seeing the large checkboxes in Classic.

Same here.  I am seeing this in my developer org–before and after updating my themes.  This is true for all themes including Classic.